Mystic Post.com hopes to be a destination for an open and fearless dialogue about all the ways the Catholic faith affects our lives. Based in Alexandria, Va., we are an online news magazine exploring the mystery of faith. We are dedicated to bringing a fresh perspective to important issues of the day.

Mystic Post is one of the nation's largest Catholic online news magazine dedicated to bringing the fullness of Catholic truth to the world.

About the Publisher of this Catholic news online magazine. 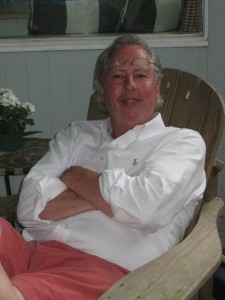 Stephen K. Ryan runs MysticPost.com and is enormously grateful for the contributions to this ativan cost webazine made by really amazing and talented people. Stephen has been interviewed numerous times in newspapers, radio and TV including Radio Maria and Guadalupe Radio

Stephen is an avid sailboat racer having competed in dozens of regattas across the country, including ocean races from Annapolis to Newport R.I. from Newport, R.I. to Bermuda.

Stephen is married to Tania and they have two children Andrew and Meredith.